For those who don’t know, Kenya is no longer a problem for tourists. At the end of 2007, the elections led to really serious political troubles. However, today, it seems that it became a paradise for big cat lovers and photographers. Plenty of pro photographers are rushing there because they can take great images without being bothered by most tourists. Serious amateurs follow the same path. It leads to a cornucopia of photo equipment.

In order to get you an idea, here the kind of hardware that hangs at the windows of many a car (at least in September 2008). 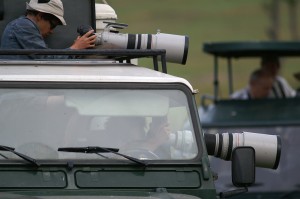 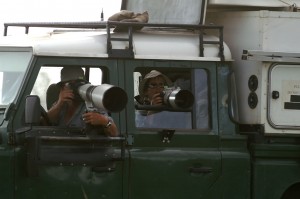