I got a nice little Sony GPS CS1 to track my photos. So, I decided to have look at the detailled operation. These are my first impressions. 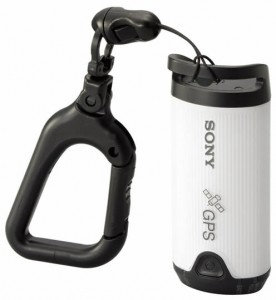 When you switch the unit on, it starts looking for GPS satelites. This is visibly the difficult part. My experience is that this takes a long time when you are in a city. In Paris downtown, I had a first one-hour trip where it took more than 15 minutes to get a first position and another 40-mn trip where the unit did not start tracking at all despite my walking into completely empty space like the Seine border. A bit disappointing.

But, if the initial point of a trip seems to be quite off-the-location (some 75m error), most of the recorded positions are precise enough (in a city, you can’t be sure which side of the street you were walking, but there is no doubt on the street itself). The main issue is that the device is subject to a lot of log breaks (suddenly no geo data is available and it needs to wait until some additional satellite data is tracked again, leaving long un-tracked paths).

However, during an open-air test of several hours, I as positively surprised by the precision of the positionning. Probably, the more satellites it can see/see and the best precision, even while driving fast.

The use of rechargeable NiMH batteries is not recommended. I succeeded in getting a position fix with them, but not with all my NiMH sets and certainly only when fully charged. Anyway, discharge time was discouragingly short (less than 3 hours).

One of the interesting features of the Sony GPS-CS1 is that it uses a completely open data record. You may not recognize it immediately, but data is stored in clear text under the NEMA 0183 Data Format. The log files looks something like:

This may not seem readable to you, but it means that the future is protected, even if Sony fails to develop the right applications to exploit such a unit.

Speaking of applications provided by Sony, there are two of them:

GPS image tracker will allow to import data from the GPS-CS1 and apply geo-tagging (geographic information) to your photos. It is supposed to target the Sony cameras, but can be applied to virtually any kind of digital camera allowing EXIF tags (nearly all cameras producing JPEG files).

The application is objectively easy to use. It will automatically detect when you connect the GPS-CS1 to the computer, offer to import geo-data. On your part of the job, you have to drag-and-drop the images that you want to geo-tag. The software will locate them on a Google map. Then, you just have to press the button to tag the JPEG images. It couldn’t much easier than that.

Picture Motion Browser is supposed to provide a way to sort and organize movies and pictures (multimedia files). However, it is probably less able than many and its interface is clearly confusing until you understood its intents. The most unpleasant aspect seems to be that it tries to “import” many things before acting and you would probably not want to have it operate at the same time as another similar program like Adobe Bridge, for example.

One critical advice: Since all is supposed to work by reconciling data from different devices, make sure that the camera is setup with the exact time. Please, use an atomic clock or a central radio clock since you want to be very precise (the GPS satellites are definitely precise in terms of time and the GPS-CS1 tracker is thus extremely precise too).

Where to use it?

Obviously, this is not a product to track your walks in a city. This is feasible, but not its strongest point. However, I am fairly positive that using such a device to track open-air in-the-wild photography is great (Did you say “photo safari”?). Since it is very light and does not draw too much energy from its AA battery, you can use it when hiking as well as from a car (just don’t drop it at the bottom of the trunk if you want the device to see the satellites).