Classical photos on the web

Copyright laws severely limit the availability of most images and photos whose historical character would make critically interesting to the public. But, despite this, there is a large number of images significant for the History of the 20th Century (or often older). When insitutitions make the effort to bring them to the public, we may see them appearing on the web here and there.

Here are a few examples I found specially symbolic or interesting.

Flickr holds a number of important works presented by major institutions involved in the rpeservation of our History. I think about:

But even venerable press institutions do similar efforts, like the Time-Life group just associated with Google to present a large part of its archives. They date back to the 1860s but also cover a large part of the 20th Century history. 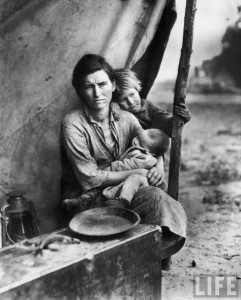 But, if you distance yourself a little from History, you may also wander in more scientific areas, like when you will find these photos taken in European musems of medical anatonmy. Or, you may be visiting part of the Metropolitan Museum of Art collections, as photographed by its visitors.