Pentax got a new idea to sell its entry-level SLR camera, Pentax K2000, to more people. They decided to make it… different. Two special editions are available now. One is mostly white (unusual for sure but not necessarily ugly), the other is co-branded by Swarovski, covered with zillions of cristals from the jewel designer, issued in 150 limited edition and sold $3000. 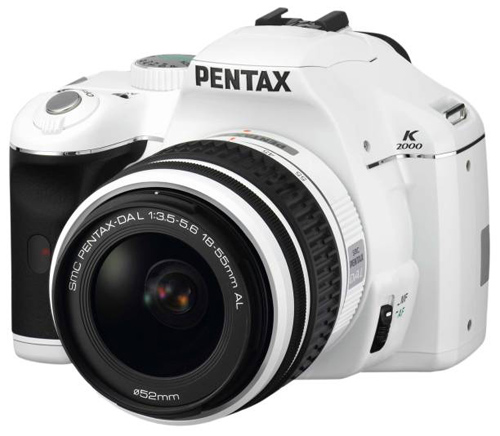 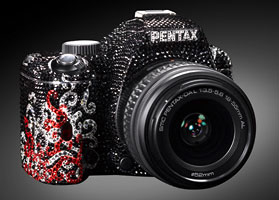