The end of the pixel war?

This is going to be considered either as the boldest move in years for a whole industry, or the dumbest moment in the career of a doomed photo executive. 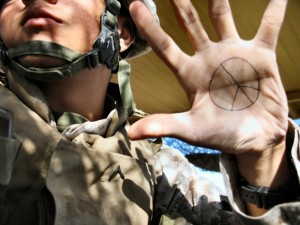 'War and Peace' by Jayel Aheram

Akira Watanabe, manager of Olympus Imaging’s SLR planning department, in an interview given to CNet at the Photo Marketing Association (PMA) fair, said: “We have no intention to compete in the megapixel wars for E-System” Olympus’ line of SLR cameras [1]. Instead, Olympus intends to work on improving the Image Quality, the sensitivity, the noise levels, etc.

For most people this may come as shocking news. Everybody has grown used to the continuous increase in number of mega-pixels in photo cameras. But most photographers will have noticed that the larger the sensor and the smaller the number of pixels (in a specific technology generation), the better the images.

For Olympus, 12 mega-pixels is enough. It is enough for nearly all reasonable amateur applications (including some large prints).

Nikon did something less obvious when they launched the Nikon D700. But this is in the same: The Nikon D700 opted for a relatively small sensor resolution (only 12 MP on a large Full Frame sensor) to favor image quality (IQ). But they did not say so.

Let’s hope that many other companies will participate in this truce and transform it into a new competition for quality rather than quantity.