by Yves Roumazeilles on February 8, 2010

Canon just announced its new SLR EOS camera, the Canon EOS 550D (aka Canon T2i, in the US).

18MP with Full HD movies, this is the camera for most people. 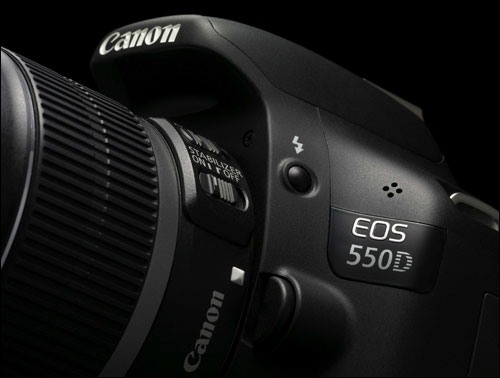 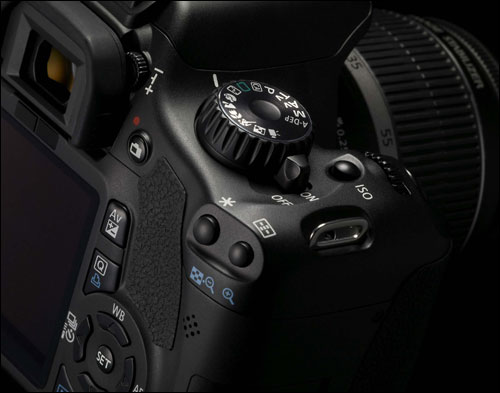 For swift and accurate focusing, the EOS 550D features a 9-point AF system with one extra-sensitive cross–type point at the centre for f/2.8 or faster lenses. The EOS 550D also supports high-speed, continuous shooting at 3.7 frames per second (fps). These features provide users with the opportunity to exert greater control over their images, allowing them to capture split-second moments with ease and accuracy.

Continuing Canon’s tradition of filtering new technology and features down from its advanced and professional DSLR ranges, the EOS 550D includes the iFCL metering system first launched in the EOS 7D. New for EOS is the ability to set the top limit for automatic ISO, allowing users to control the maximum amount of noise in their images. In a first for entry level EOS, exposure compensation and bracketing can be set up to plus or minus five and two stops respectively, allowing the photographer to take a number of differently exposed versions of the same shot to ensure they capture a well-exposed image, even in difficult lighting conditions.

“Digital SLR photography has captured the imagination of consumers globally,” said Kieran Magee, Director of Product Planning, Consumer Products, Canon Europe. “Every year, more and more individuals are looking to record key life events with unrivalled quality or to test and explore their creativity. The EOS 550D redefines the entry level DSLR category, putting technologies and features previously the preserve of the professional into the hands of the consumer – allowing them to achieve outstanding results. With the EOS 550D, consumers are free to explore the limits of their own creative vision.”

EOS Movies: Full HD video with creative control
As the ability to record Full HD video becomes increasingly important, Canon continues to deliver DSLR technology that sets the industry benchmark for multimedia functionality. The EOS 550D records video in full 1920×1080p HD resolution, allowing photographers to select the frame rate preferred from 30, 25 and 24fps, as well as offering 720p video at 60 and 50fps. The EOS 550D also includes a 3.5mm stereo microphone socket, enabling the use of an external microphone when capturing video.

Photographers can also take manual control over exposure settings, changing the depth of field and degree of motion blur to shoot more creatively. To provide the best possible video quality, highlight tone priority (HTP) can be set independently for movie capture, without changing any still image capture settings. In situations where the subject is further away, the EOS 550D Movie Crop function records with the central 640×480 pixel area of the sensor, creating an effective magnification of approximately seven times. The EOS 550D is the first in the EOS range to feature Movie Crop and gives consumers more flexibility to capture important moments which would otherwise be too far away.

A clear view of your world
The EOS 550D also allows photographers to view their images and video in unhindered clarity. A 7.7cm (3.0”) 3:2 Clear View LCD screen with 1,040k dot resolution makes it possible to see 100% of captured images with no borders. The anti-reflective, water-repellent coating also makes it easier to see the screen in bright conditions and from a variety of angles.

EOS build – Canon quality
As consumers would expect from an EOS DSLR, the EOS 550D is built to a high quality specification. It features bigger, more intuitive buttons which have been redesigned following feedback from users. Based on this feedback, the EOS 550D also features an additional button on the new, battery grip, allowing aperture settings to be changed when shooting with the camera in a vertical position, without having to reorient the body.

Share the moment with friends and family
For EOS 550D photographers, shooting great pictures and video is just a first step. Thanks to an integrated HDMI port compatible with High-Definition Multimedia Interface – Consumer Electronics Control (HDMI-CEC), video and images stored on the EOS 550D can be viewed on an HD-ready TV and controlled via the TV remote.

For users who want to transfer content wirelessly, the EOS 550D includes Eye-Fi* connected functions. The EOS 550D features a dedicated Eye-Fi section in the User Interface and it disables the automatic power-down function when an Eye-Fi card is transmitting – allowing users to transfer content easily and without interruption**.

Accessories
The EOS 550D is fully compatible with all Canon EF and EF-S lenses and EX series Speedlite flash units, including the compact Speedlite 270EX. The EOS 550D is also compatible with the new RC-6 Remote Control, allowing photographers to capture high quality stills and Full HD video without touching the camera body. The slimline infrared controller can trigger the shutter release from up to five metres away, with users able to select either immediate release or a two second delay for greater flexibility when shooting. As well as supporting EOS 550D, the RC-6 is also compatible with the EOS 450D, 500D, 7D and 5D Mark II.

CANON iMAGE GATEWAY – share your stories
Owners of the new Canon EOS 550D can join the CANON iMAGE GATEWAY, a free online facility for Canon users that makes it easy to share their photos and video. Users can take advantage of up to 2GB of personal storage space, creating enough room for hundreds of high-quality images. Mobile browsing is also supported, making it easy for friends and family to view photos on the move.

← No Nikon at the PMA?
Brian Bielmann →