While preparing the upcoming Photokina 2010 photographic show, Nikon had already presented a nice entry-level DSLR camera, the D3100, but the rumour had it that the yellow brand would not limit itself to this before the end of the year. As a matter of fact, we did not need much patience since Nikon presents today its new expert model, the Nikon D7000. 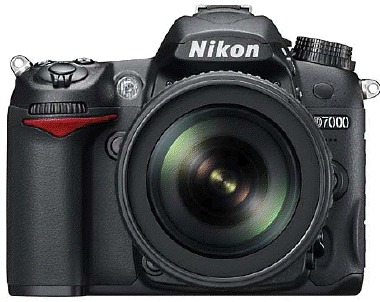 it was well worth a separate launch since this is a product central in Nikon’s strategy for the very competitive market segment of the expert SLR camera, where Canon just introduced a heavyweight competitor with the Canon 60D. Here is a camera that will attract many photographers.

First, here are its most striking features: 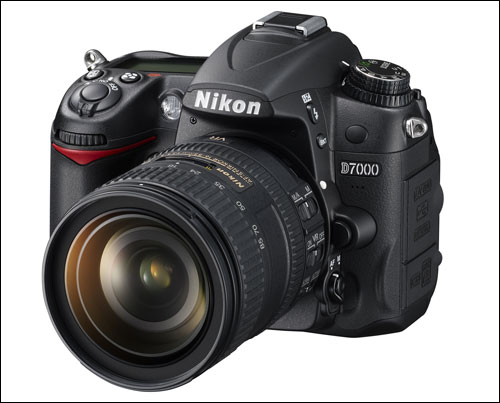 During the hands-on review of a pre-series D7000 I could make today, it immediately appeared that the camera has everything to be loved: very flexible, snappy, easy to hold tightly and easy to operate. The viewfinder is lovely with a very clear view served by the large pentaprism. Moving from one mode to the next is really simple, even if the Nikon menus are still as unpleasant as always because of their long lists of options that require a extensive reading of the manual to be understood by those who did not sleep in Nikon’s bed.

Visibly, the 39 cells of the AF system bring a good reactivity even when the subject is very mobile (I could not test in extreme real conditions: fast cars or young children) or when the light is very limited.

Going to video capture is very easy, just pressing the red button at the center of the LiveView mode lever. And the autofocus works reasonably well; It’s no longer necessary to complain about what was an usual limitation of the cameras of last year.

Without a lengthy test (which was not possible today), it is very difficult to judge the effect of the 2016 color points matrix of the MultiCam sensor for exposure metering. Let’s assume that the usual Nikon expertise in this domain has taken advantage of this supplementary technology which we expect to see appearing on several other Nikon DSLR cameras. 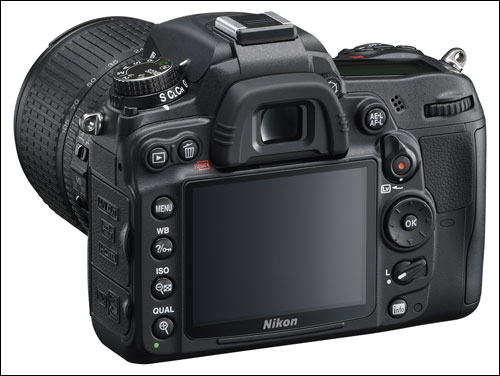 Attached to a large tele-lens like the 300mm f/2.8, the Nikon D7000 immediately appears very light. But, even if Nikon strives not to make our photo bags heavier than really necessary, the D7000 is very nice to handle and its protection based upon the use of rubber seals seems aimed at adventurous users. The only restriction – compared to a pro camera – is that the central structure of the camera body stays in polycarbonate (with a half-housing built out of die-cast magnesium alloy) and the user of heavy prime tele lenses (when heavier than the body itself) will have to remember not to hold the ensemble from the body but from the lens shaft. If this advice is forgotten, the risk of deterioration to the front plate of the D7000 is still significant. But this is a rule that is already well known from all those who consider a mere DSLR body as nothing more than a lens cap, isn’t it?

Furthermore, the presence of two SD/SDXC memory slots will be appreciated by all those who want to have a sizable reserve always available when a card is full, to separate the storage of JPEG and Raw files, or to produce two copies (an original and a backup) of all their images (all these modes are immediately available in the menu).

In the end, we could say that the Nikon D7000 is an SLR camera clearly aimed at the experts who did not move up to a full frame solution but want nothing less than the technologies normally for the pros only. At Nikon, if you stay in the DX format (APS-C with a conversion factor of 1.5), you will not find better, except if you are looking for the robustness of a Nikon D300s. As its launch price (1150€, body only) is quite competitive (at least, less expensive than the initial retail price of the Canon EOS 60D which is its direct competition, while it can easily titillate the Canon EOS 7D), it may stay at a stable price for at least the rest of the year 2010 since it will not be available before beginning of November. Everything tells us that Nikon forced itself to disclose it before the Photokina, but it was worth the effort and it would have been a pity to hide as nice a camera as the Nikon D7000. 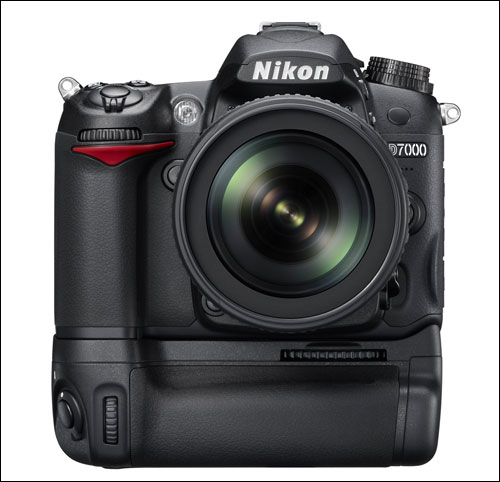