by Yves Roumazeilles on November 2, 2011

As you already know, Thailand is suffering major floods observed since last July with considerable rainfall during this long period of time normally watered by the rains of the South-East Asiatic monsoon (albeit much stronger this year). Many parts of the country are invaded by the water which do not stop to rise near (and now far from) the rivers. Despite the efforts deployed by the local authorities, deaths and disappearances are multiplying and ever larger areas are going under water. 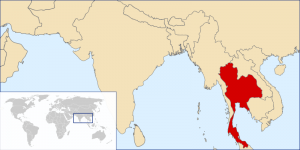 A lot has already been told about flooded plants in the Bangkok suburbs because Sony and Nikon (most prominently) communicated on the issue. Nevertheless, as for last Spring earthquake in Japan, the consequences are actually extending beyond this. I would like to take a moment to summarize the informations I could collect from various sources who accepted to provide data. 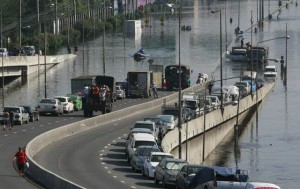 Nevertheless, we can already see that the tragic experience acquired several months ago in Japan is bearing fruits. Many companies are more prepared to extreme solutions, like switching over to a new supplier or moving all of a production capacity to a new location.

Sony announced being able to keep on shipping the Sony Alpha 77 from existing stocks manufactured before plant closing in Thailand. But the status of the Alpha 65 and Nex-7 is less clear and this is the sign of very low stock levels or no stock at all (Sony expected to manufacture in October-November to cover end-of-the-year purchases).

At Nikon, we can feel a certain frustration (or is it fatalism) and the fierce determination to overcome Thailand’s destructions (a camera known as the Nikon D7100 seems to have been one of the most prominent direct victims).

Canon does not have SLR camera production located in Thailand or directly impacted by the floods (but ink-jet printers are hit hard and the new Canon Pixma Pro-1 sees its launch delayed since the Ayutthaya flooding). But the production is already perturbed for more than one point-and-shot compact cameras because of the shortage of several electornic components (see above). The impact may be as large as to being visible in the financial annual report.