Olympus: How to end? 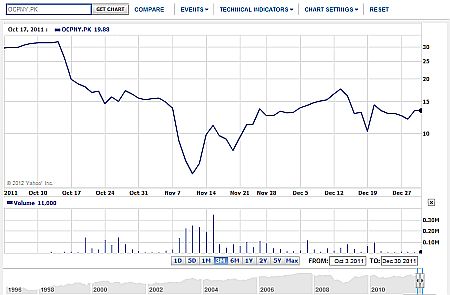 Olympus is going through really dire straits. The previous management has obviously organized some really risky finance operations (so risky that they turned to be catastrophic).

Now that smoke and dust are settling down we can see more clearly (it produced a small hike up in the stock prices and we heard that the rumors of mafia crime implication are no longer credible). The financial status stays very difficult, at best. All the analysts are agreeing on the prediction of a capital raise to bring some new cash (though it will certainly get the previous owners and the current management expelled).

But the conditions are ill chosen. Specifically, Olympus has a tough choice to make:

In this last case, the big question is “Who would want of that?” The names most commonly heard are:

So, we will have to stay alert for news in this beginning of the year to know how Olympus will end: Eaten by a raider or lightened by a severe diet?