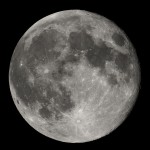 Each and every year, digital cameras progress in quality and features. They become more and more able to take pictures of good quality in low light. But did you wonder what would be the perfect camera (the camera that is light-sensitive enough to shoot any kind of picture that you would dream about).

In short: What would be the light sensitivity of a digital sensor able to shoot images at moonlight or under starlight? (You’ll admit that both of them are really the worst reasonable conditions for shooting an image. Even there, the first issue is that the photographer has quite a hard time identifying fully the scene to shoot.)

This question appeared interesting enough for me to look a little more into the issue. And as we’ll it appears that the quick progress of digital cameras allow us to think about it. We will soon be able to forget completely about flash use. Or so it seems.

The input data for such a quest is pretty simple. What is moonlight or starlight? [1]

The factor C is actually a more-or-less ad-hoc and largely subjective factor named “meter calibration constant“. We know that its value is in the 240-400 range (let’s assume 320 which is the constant applied by Minolta in its incident-light exposure meters with hemispherical receptor).

So, what does this formula gives us as the perfect camera. It depends a little on the definition of perfection, but:

The Nikon D3 already offers a maximum light sensitivity of 25,600 ISO. So, just pushing the limit by 3 or 4 ISO steps will bring us digital photography lit just by the moon. Do you remember the Canon D30, the first digital SLR camera from Canon? In 2000-2001, it was offering up to 1600 ISO. About the same time, the Nikon D1 was offering the same maximum. If we suppose that this progress will be sustain in the future, four ISO steps were gained in 8 years.

So, I’ll forecast that to shoot moonlit images the perfect digital camera will be on the market in 2016 (probably as a high-end camera, though).

In the mean time, you can shoot more and more photos, with less and less light. The perfect photo camera is on its way.