Directly from Sony, but this may still be an error… it seems that a Sony Alpha 330 is coming in the near future. Impossible to say what this is really, but I’d bet on an SLR photo camera looking like a cheaper Sony Alpha 300/350. 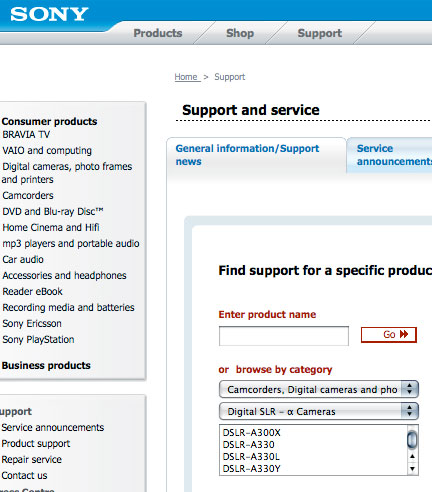 Nothing more tehcnical, no feature list, but the error seems genuine and interesting enough from a Sony web site. Probably a small hickup, but quite certaily not a hoax.