Ana Kraš was born in Belgrade, Serbia, in July 1984. I would not describe her work as mostly oriented toward classic beauty. But, she has a real style made of quietness, softness and partly of the hazy atmosphere of her pictures. People are not absent, but play a role similar to the objects around them. I felt it was important to have you see her work. 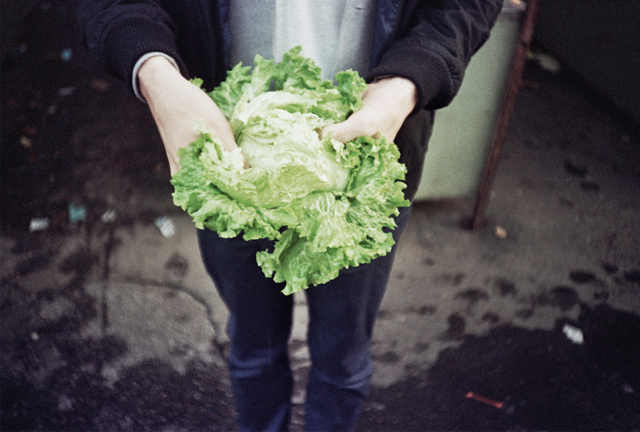 One day last autumn i was walking with mate through the open-air food market in Belgrade.
He felt like eating some lettuce but he realized the whole ‘head’ will be too big for him.
Then he broke it in two halves and gave one half to me. We shared the lettuce. Then i went home, and he did the same.