In some African countries, life can be quite hard because of the difficult economic conditions. For some African people, it can be even worse. That’s the case of the albino people (whose skin lacks most of its pigments and who are often suffering from acute sun sensitivity and eye sicknesses). In several countries of central Africa, their limbs and organs are even considered as possible cures for illnesses and their life is threatened by these beliefs.

Johan Bävman has recorded an enthralling documentary of the life of some of these people in Tanzania. Go to his web site, and check his “Reportage” titled “Albino”. 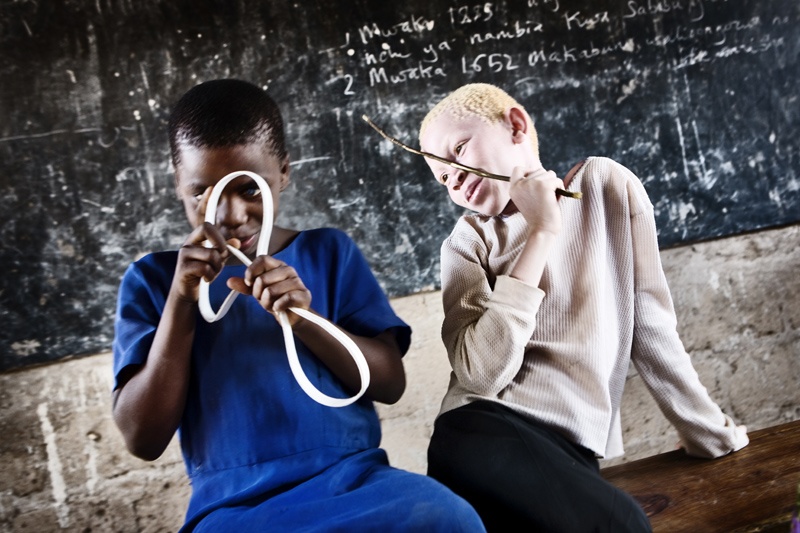 These two girls come from Tanzania. One of them is blind and the other one (Selina, the albino girl) has severe eye troubles.