A Marseillais in London

Grégoire Bernardi is a French photographer from Marseilles whose work had me immediately reacting. First, I noticed some of the photos in his I’m a Marseillais series which initially seemed too near to a personal souvenir album before discovering the depth of his wider newspaper report approach. On his web site, you will find documentary photo that I deem most interesting, under the names of New Burlesque II or First time in London, and like me, I’m sure, you will start to love the fresh whiff of air blowing in his photographic work, some kind of bare documentary. 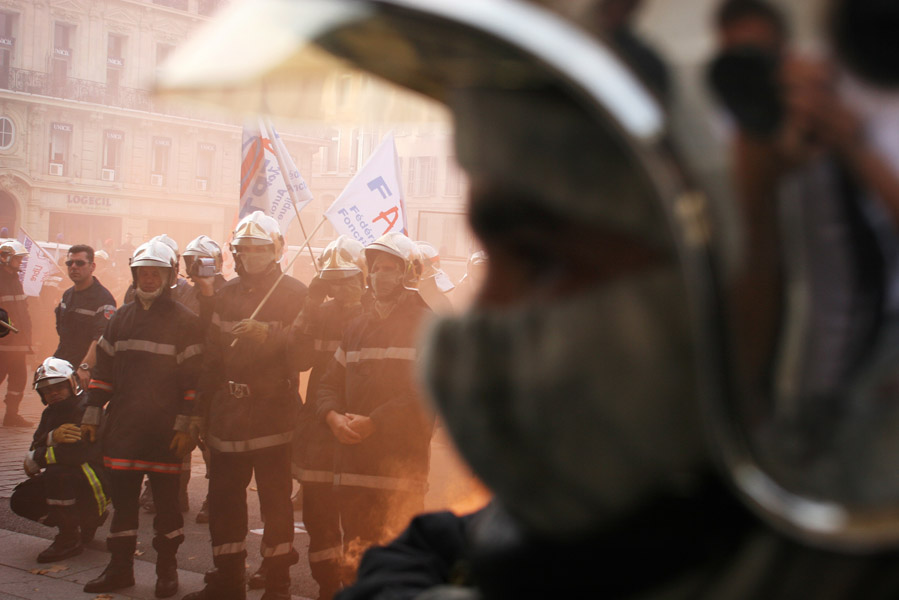 This photo was shot in Marseilles (Bouches du Rhône, France) in October 2006, during a firemen demonstration in front of the Préfecture. When it was shot, tear gas bomb had just been dropped around the demonstrators and the journalists present at the time, which made work difficult!