Contrary to what other photographers have to offer, Chloé Thôme does not show you anything, but she watches the world and let us see what she saw. Exceptionally, I felt the urge to present two pictures at a time from the same photographer, maybe because they are linked by a same eye.

the first was shot in 2003 in Nepal, during a traditional Gaï Jatra ceremony as celebrated everywhere in Kathmandu -and in Bodnath too- where there is the great stupa. These women were fascinated by the show of the croud turning around the stupa. The doors of the domain dedicated to the god of death, Yama, are closed from May-June. During these festivities, children, clothed in cow suits attempt to force the doors open to allow the recently dead members of the family to join heaven. 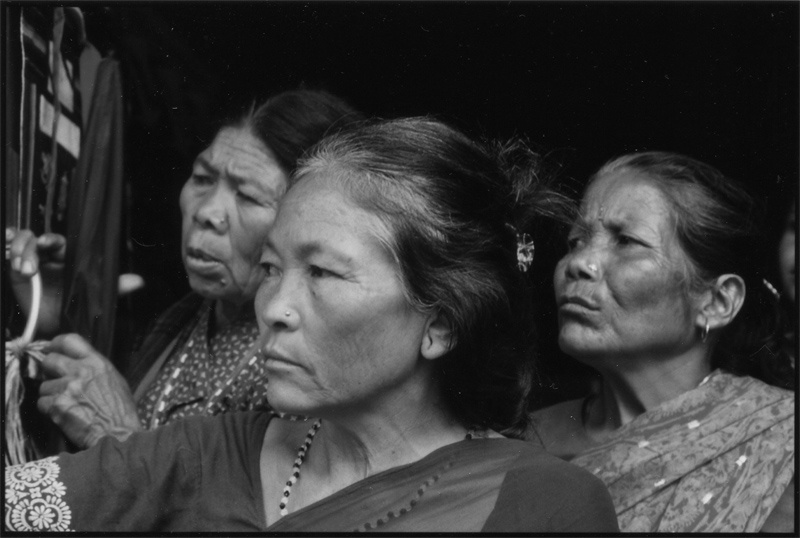 The second picture was shot in December 2009 in Kampuchea, in Battambang, second city in the country in the North-West, during a trip when Chloé worked with several NGOs. (see http://lemondesolidaire.canalblog.com for more news about the humanitarian project). These women were part of a funerary parade and followed the casket on a small Buddhist altar. Maybe they were family members. They were clothed in white, the color of mourning in this culture (contrary to Western habits). This little croud walked through the whole city for a very intense time. 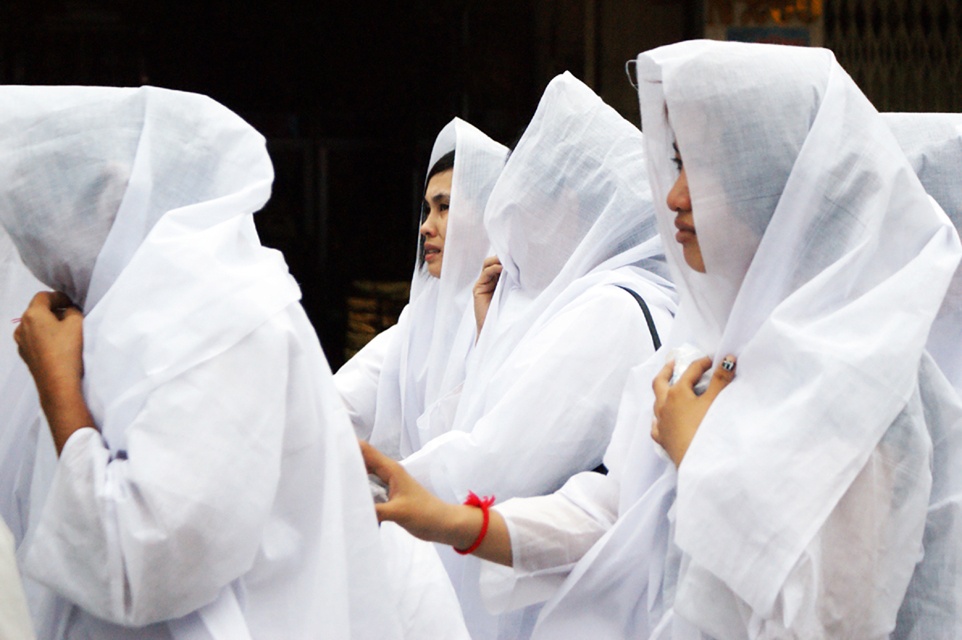 Chloé Thôme is also visible right now in the FNAC of Gent, Belgium (up to 30th April 2010) where you will find more of her pictures from the Kampuchea series. If you cannot travel there, you should visit her web site: http://chloethome.canalblog.com/.