It’s clear that this time of the year, we are hearing a lot about Sony. But this is only the beginning and I will take some time to come back on the recent events and what is coming in the news for the manufacturer of the Alpha line of SLR photo cameras.

After the launch of the first point-and-shoot (APS-C sensor) cameras in the Nex range (is it Nex or Alpha Nex? I am no longer sure), we start hearing that there will soon be a high-end NEX at Fall (September 2010). Its name? A very predictable NEX-7. It would bring much richer video capture modes like the following:

Moreover, the user interface should be optimized for easier control by enthusiast photographers who waited for manual controls. Maybe this will be a new candidate for the title of pro photographer point-and-shoot solution… 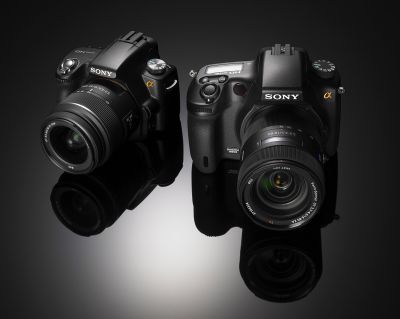 While staying on the video playground, and remembering that the Sony management insists on maximum sharing of developments between the various branches (Howard Stringer, Sony CEO, interview in Wired 18:04/Apr 2010) we can draw the easy conclusion that some of these video modes will also appear on at least one of the new SLR photo cameras under development for a 2010 launch in the Sony Alpha range.

Indeed, everything (including free commentary read in the May 2010 issue of Chasseur d’Images) points to a full shuffling of the Alpha range in the coming months. What should be expected? They will shoot first at the value level. Within a few weeks at most, we will see the Alpha 290 and Alpha 390, if only because -despite a very obvious market success- the digital sensor of the Alpha 230 started to look dated. 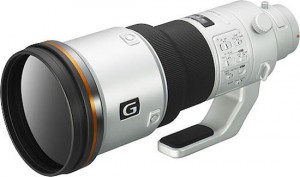 On the contrary, if you analyze finely what was just revealed by Toru Katsumoto (Senior General Manager at Sony) to the Spanish QueSabesDe web site, you will understand that it is not certain that even if video capture is coming fast, it will probably not debut on the Alpha 290. Maybe the Alpha 390 will be the first to benefit from this innovation. But if this is not the case, be sure (after the announcements done in February 2010) that the replacement of the Alpha 700 (Alpha 750 or Alpha 790) will be so equipped, along with a photo camera from the Alpha 4×0/5×0 line.

The rest of the year will also see the arrival of new lenses for the Alpha series. Of course, sports and wildlife photographers are listening to every date rumour for the arrival of the APO G 500mm à f/4, even if its price will certainly limits its public to those people endowed with very deep pockets. On the opposite or in complement, more affordable and also eagerly awaited, many existing lenses not yet featuring SSM or SAM focusing will be replaced/improved in the coming 12 or 18 months (according to David Kilpatrick); To my eyes, this will be a major improvement that is coming not too soon, even if the Minolta inheritance forced into some patience.

However, the very limited success of the Alpha 850 and Alpha 900 decided the Sony marketing not to push very hard for an immediate renewal or complement (the production volumes are small in front of customers -pros and enthusiasts- that are enthralled by Nikon and Canon). Sony will not leave this market of Full Frame SLR cameras, but we will have to wait until 2011 (maybe even at the end of the year) to see remarkable news on this part of the product line. 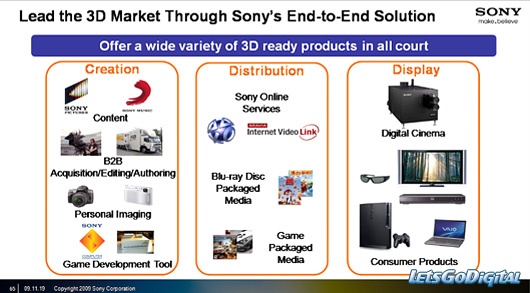 Now, if you want to see even further, think 3D. Sony invests a lot in 3D image and video. All the products from all the product lines (photo, video, video games, …) must convert to it quickly to build Sony again into the consumer electronics giant that is announced for us. For the photo cameras, it will come first from the point-and-shoot cameras (Nex should be first) but not all models will be so influenced.

All in all, 2010 will be an touchstone for Sony photography. A year with major news ahead.