As for all of photography brands, the upcoming Photokina fair in Köln (Germany) will be a major meeting point with the after-crisis market. Not only because of the launches that will be done there, but also because the photographers expectations have been piling up tidily (maybe be too high?). Let’s see what is really to be expected here and what Nikon will show in terms of news and announcements.

First and foremost, let’s notice that after a deluge of news in 2008 and 2009, the yellow brand seemed a little slow (and farming money from its advance, I should say). It is probably a coincidence and the simultaneous occurrence of several jumps in the various product families, but it should also be considered as a warning of things to come in the digital SLR product lines. 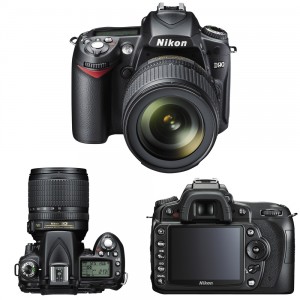 The cameras that are most probably going to be replaced or renewed are (according to the data I could get):

On the other side, no replacement for the D700 in 2010 (with an FX sensor). Both pro and amateur sales representatives where told that this impressively beautiful Full Frame photo camera will see its successor only after the professional shows of early 2011. Probably, for a real announcement before Summer 2011 and availability after Summer. We will have to be very patient and Nikon certainly did not have as many sales as needed to fully convince the marketing department that a (relatively) low resolution FX (Full Frame) sensor is the way to go. They see the competition (Canon and Sony, first) rushing for a pixel-race that may not be ideal for image quality but stays convincing for most applications.

The $1000 open question is still in front of the low-end of the market. On one side, I hear that the Nikon D4000 is ready to launch; On the other side, I hear that it does not even exist. But no source seems more reliable than another. It may simply come from the fact that rumours abound and are always less precise for entry-level photo cameras, or it may be that the new entry-level camera from Nikon will hold a completely different name and people get lost by this change. We will have to wait a little more, I guess.

Currently, Nikon’s development efforts are centered on the preparation of a a new hybrid compact camera (how should I name these photo cameras which look like a point-and-shoot, host interchangeable lenses and an APS-C sensor that would be acceptable in a mid-range SLR camera?). For Nikon, it will be the means to put a whole new range in orbit, bringing two new major features:

the first announcements have been done by Makoto Kimura in an interview with Bloomberg, and confirmed by others more recently. If the cameras are scheduled for the end of the year (1st quarter or 2011, at most), Nikon seems ready to lift the curtain on many of the features and details of new range in September 2010 at the Photokina.

← An iPhone for fashion photography
Photokina: Expectations for Pentax →