Glass at the Photokina

As we all know, the upcoming Photokina in September is already the center of rumours coming from all parts. I have been trying to give an idea of what could be coming for the major brands in the DSLR market, concentrating mostly on the new bodies to be seen. But there is no end to the list of rumours about lenses. So, let’s try to make a summary of the most common ones, with no order or no probability figures. 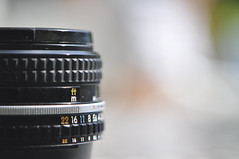 Of course, those could be announced a little before the Photokina show (brands try to steal the wind from the other by moving ahead of time).