by Yves Roumazeilles on September 8, 2010 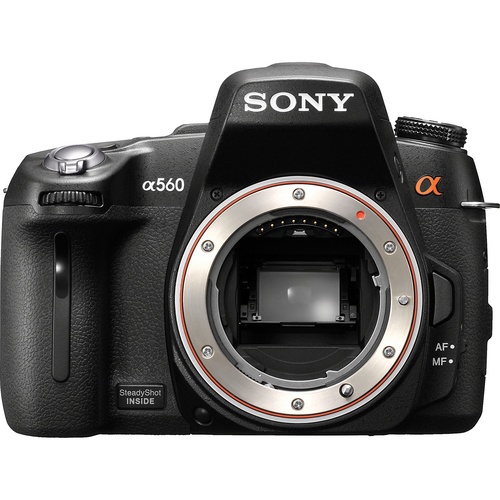 There are a few little sounds that come from people who know about Sony.

First, and this is no longer a rumour, Sony has delayed the availability of the Sony Alpha 560 until beginning of 2011. The exact date seems a bit unclear (January or later?) and the reason is still unknown (production/manufacturing issues or marketing decisions). For the time being several countries are informed that the pre-orders are canceled and availability is unclear.

Second, a Sony representative from Sweden has been giving an interview to Fotoguiden.se where many people (unfortunately starting with SonyAlphaRumours) are willing to read a lot more than what is said. Anders Ericsson seems not to be a real spokesperson for Sony and tells many things which are presented exactly as if he is thinking aloud about things he does not know about more than most of us.

He says that he does not expect the follower to the Alpha 700 (Alpha 750, Alpha 790 or else) to be announced at the Photokina show. But more importantly, he tries to give views about the future of SLR cameras at Sony, stating that the A560/A580 are the last true SLR cameras at Sony, expecting the semi-transparent mirror solution of the A33 and A55 to be extended to the whole Alpha line.

This would obviously mean giving no successor to the Alpha 700 and A850/A900 products (no serious/expert/pro photographer would accept an Electronic ViewFinder -at least today). This would be a very bold statement for sure, even if Sony is selling many more entry-level cameras than the Alpha 900.

And Mr Ericsson is even giving the reasons why this would be so surprising today:

In addition, SonyAlphaRumours has shown a set of specs for the next cameras from Sony. I go along with their analysis: This has a very low credibility factor.

Most serious observers now exclude the possibility of seeing a real Sony Alpha 750 announced at the Photokina fair in Köln, Germany. Surprisingly, it’s still uncertain whether or not Sony will have a set of preview features or even of prototype under a glass dome.

Everything/everybody points to a January or February 2011 announcement.