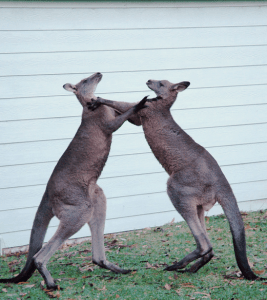 Canon is still the first photo camera manufacturer in the world (counted in total turnover). this comes firstly from the enviable position on the Digital SLR market, a real cash cow. But competition is here and we could learn some of what they intend to do to improve their relative position.

Nikon, first photo camera manufacturer (when counted in units shipped – which comes mostly and somewhat unexpectedly from mad sales of Coolpix compact cameras), thinks about climbing the competition ladder by adding a new line of EVIL cameras (compact cameras with interchangeable lenses) which could rival the existing Sony NEX, or Samsung NX, etc. This is not a bad idea, since it is also paralleled by many efforts to make the Nikon SLR cameras ever more attractive.

Sony, on the other hand, announced targeting the second step on the podium. And, as of now, they already got a 2nd spot in South Korea on the mirror-less cameras alone, with nothing less than 40% market share with NEX only. As this is a market everybody expects to blow to enormous proportions in the short-term future, the approach seems quite logical.

So, where does this leave Canon? They clearly stated their intention to stay with low-priced SLR cameras. Canon knows how to build them and they proved this ability to drop prices unexpectedly down, several times in the recent years. Probably, 2011 will be the year when we will know which of these strategies (do we change camera formats or not?) will succeed. Does the SLR camera still has the ability to pull the photo market?

← Bad design for the Sony A77
Will Microsoft buy Adobe? →