I heard indirectly that a new NEX camera will be presented by Sony. As always, it will be an ultra-compact photo camera but with an APS-C digital photo sensor installed in it. Apparently, it would hold a 16.7 MP sensor (already seen in the Sony Alpha SLT-A55). I think that it could be named NEX-4. 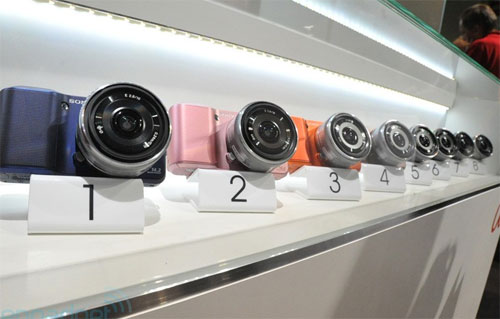 More interestingly, but not necessarily credible, another camera, the NEX-7 so many people are waiting for,
(integrating more “expert” controls like direct access to some manual modes) would be based upon the the digital sensor of the future Sony Alpha 77. I’ve been told that it could well be a 24 or 25 MP (Dang! This is really big for an APS-C digital sensor if you want to keep some image quality and some ISO sensitivity) and the camera would be presented at the September 2011 PMA show (maybe a little early compared to the possible announcement of the Sony Alpha 77).