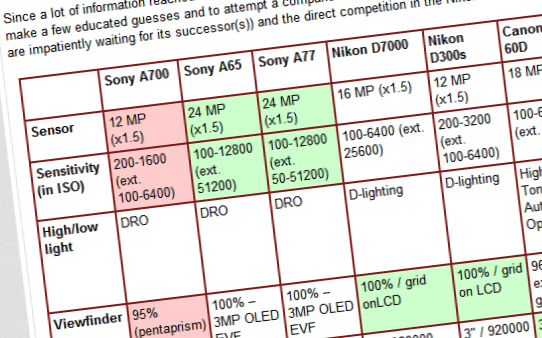 In a few hours, the two new SLR photo cameras from Sony, the Sony Alpha 77 and Sony Alpha 65 will be fully official.

Since a lot of information reached our ears already through a number of different leaks, it is now possible to make a few educated guesses and to attempt a comparison with the older Sony Alpha 700 (many of its owners are impatiently waiting for its successor(s)) and the direct competition in the Nikon and Canon ranges.

Let’s not forget that this comparison is still based upon rumors (which will or will not be confirmed in the coming hours).