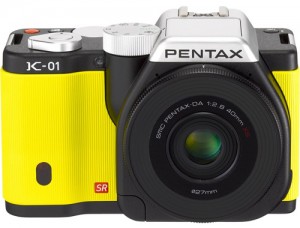 Now that Pentax has announced the Pentax K-01, a strange little hybrid photo camera using the K-mount lenses inherited from the DSLR range (K-5 or K-r cameras), it becomes once again important to see what Pentax is planning for the future of this range of lenses.

In the past, the question of survivability of the K-mount cameras was clearly open: Recurrent rumors of obsolescence for the K-mount were rampant in the rumors web sites, because of the possible (sometimes observed) announcement of the end-of-life of DSLR Pentax cameras. But now, with the K-01 (even if it is quite far from a pro or expert design), the promise of new DSLR (including a possible new Full Frame reflex in the end of 2012, according to sites like PhotoRumors), and the influx of new money from Ricoh, everything becomes possible again.

Pentax specifically presented a roadmap for this range of lenses. 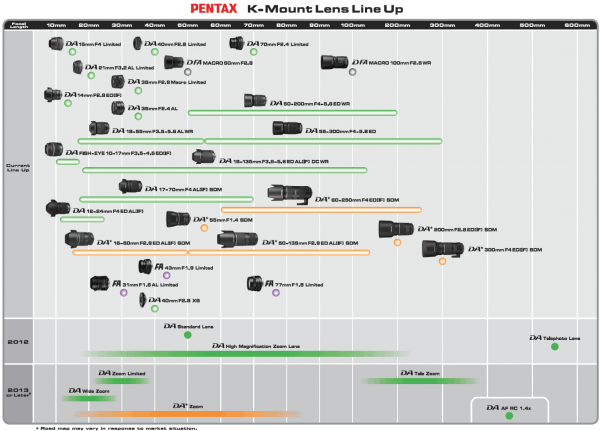 What is really important here (read the roadmap for the details) seems to be:

Some things are not mere rumors, but just a correct analysis of the available information…