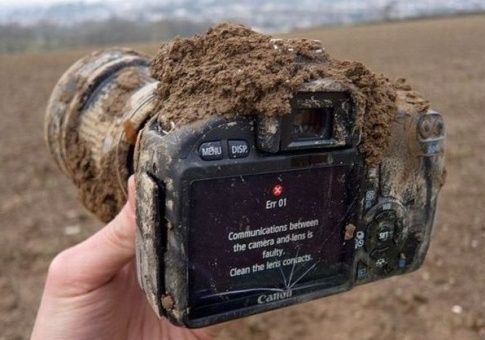 This is starting to look like a bring refrain, in these recent weeks: The most recent photo cameras seem to have been launched before all the bugs could be detected and wiped out. As a simple reminder, I would list the following cases:

Canon and Nikon will certainly update soon either the camera firmware or the picture software program. But this is confirming once again that we no longer purchase photo cameras in the most traditional sense (marvelously fine-tuned mechanical systems) but computers (with all its software and… bugs).

We could well ask ourselves if we are not on the verge of waiting several weeks (or months?) before reviewing or even purchasing a new camera. We already knew that a camera firmware could exist as pre-production version (some preliminary tests and reviews are grossly wrong because of this) and that some brands (Sony, for the A77 and the A700?) sometimes take several months before producing a firmware worth describing as final.

Dear camera manufacturers, be more cautious: You will soon see customers become much less faithful, much more troubled. Your brand value could erode quickly if you do not stay faithful to the image the photographic industry had all along the XXth Century. This image could be lost easily…