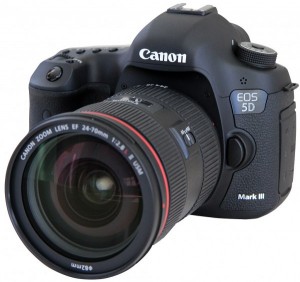 As it had been indicated here in the past, the Canon 5D MkIII has got a little issue with sensitivity to external light when shooting in very low light (at high ISO levels). This is still quite bizarre but Canon officially confirmed the issue (and sort of apologized).

Nevertheless, there is now an added surprise while Canon announced putting on hold the shipments of this new camera in most (all?) markets. It is also clear that Canon does not intend to organize a recall (at least right now), but it seems rather clear that the problem will not go away with a mere firmware update.

All that being said, it is important to remind ourselves that the issue is only occurring in rather extreme conditions: While shooting at high ISO (with very low light) but when a light source is illuminating the top of the camera. This is obviously not common. So, it is quite normal that Canon prefers to take very cautious steps while analyzing the situation.