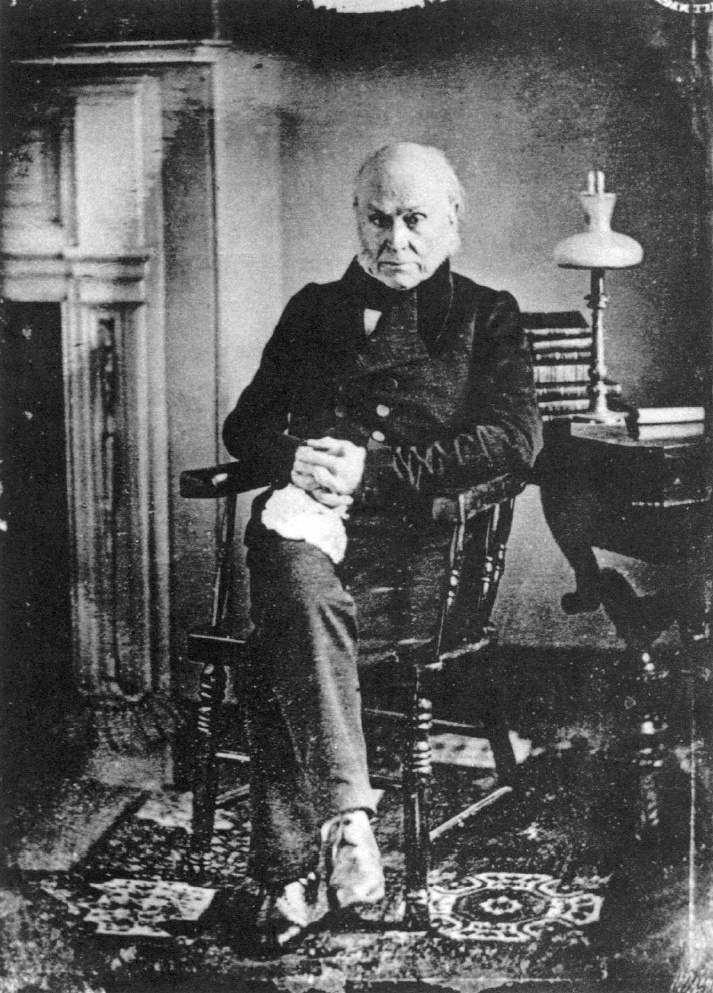 The first Presidents of the United States of America

George Washington lived much before the invention of photography and his face is only known through paintings. However, John Quincy Adams was photographed by Philip Haas, a few years after he left office.

Andrew Jackson was next and his picture was taken several times including the following daguerreotype, of 1845, a few months before his death:

Interestignly, it seems that Barack Obama was the very first President of the United States to replace the formal painted portrait with a (digital) photography.

According to the Metropolitan Museum of Art web site, John Q Adams’ image is a copy of a lost daguerreotype of Adams taken by Philip Haas in 1843.