About the Pentax K30D, I obviously missed and important news-bit which was published last October by WhatDigitalCamera. Thanks for helping me correct myself.

This article that collects elements of an interview of Young-Bae Kim, Samsung’s Director of DSLR business, brings us informations all the more important that we remember that (and this is confirmed again) Samsung and Pentax work tightly together on the development of digital SLR cameras. Nothing is told in precise words and terms, but some important conclusions can be drawn. 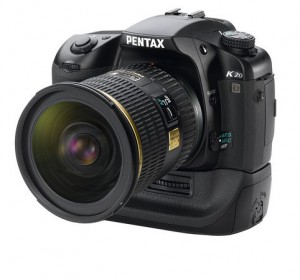 If the name of the future successor of the Pentax K20D or Samsung GX-20 is not confirmed yet, everything leads us to think that it will stay as Pentax K30D and Samsung GX-30 and we will keep these names for the time being. Nevertheless, contrary to the hopes of many a pentaxian, Mr Kim is very clear on th fact that the sensor will stay in the APS-C form factor. No Full Frame for the Pentax K30D.

However, he insists on the fact that this new camera will be a significant milestone in the trend of the Pentax/Samsung SLR cameras. More specifically, size will be the matter of news. Look where I’m headed: A completely digital new viewfinder would reduce the size and weight a lot: no mirror cage, no pentaprism. But, why should they appply this to a camera in the high-medium range? Probably, because Pentax and Samsung nwo need to stand up in the competition (where they can’t really enter up to now) between Canon, Nikon and Sony.

Furthermore, I think that despite what Mr Kim says, the video mode -even with its limitations- will be introduced in such a camera. Digital viewfinders already include the video capability; So, why not go a step further. 2009 being the year when video-capable SLR cameras seriously hit the shelves and Samsung already having the technology included in some of its digital compact PnS cameras, I think that they will have no choice here. The marketing pressure will be very high on the engineers in charge of the design of the Samsung GX-30 / Pentax K30D.

Consequently, my prediction for the features of the Pentax K30D (or Samsung GX-30) goes along the following lines:

That being said, I would forecast some heavy workload for the designers at Samsung to develop a Full Frame sensor anyway. But no announcement before the 4th quarter of 2009. Mayeb this will give us the nice names of Pentax K3D and Samsung GX-3 ?