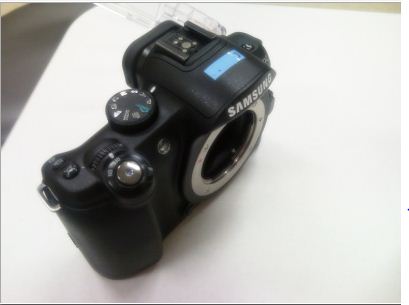 It seems true, indeed. Just see the number of posts about it on K-Rumors. If I wanted to sum it up, I would say the following.

Since months already, it is clear that Samsung and Pentax are no longer living a love affair. The Korean company parted and now thinks a lot about being independent and thinks it is able to live happily ever after -at least when it comes about entry-level SLR photo cameras which still are the beating heart of this industry.

Leaks abounded in the recent weeks to confirm the arrival of such a camera at Samsung and many people think that it will be named Samsung NX-10 as shown on a leaked technical declaration to an official Korean legal body. The features are not detailed but it is now possible to list a lot of them without great risk of error:

Samsung would take the same opportunity to finally present lenses of its own design.

And the announcement would be ready either tomorrow or on the 10th of January!

← Pantsbomber consequences on photo travel
The Samsung NX-10 is here →

1 comment for “Samsung NX-10 seems to be coming soon”