You thought that Sony was preparing an SLR photo camera with video recording features? (as previously announced for the successor of the Sony Alpha 700, expected later this year)

Here is something else entirely: Sony just presented a video camera (not a photo camera) with a 35mm (or Full Frame) sensor. It will probably knock down RED and Panasonic. Let’s hope that this technology will be immediately applied in 2010 in a Sony Alpha 750.

Announced, but the availability is still not before the beginning of 2011… 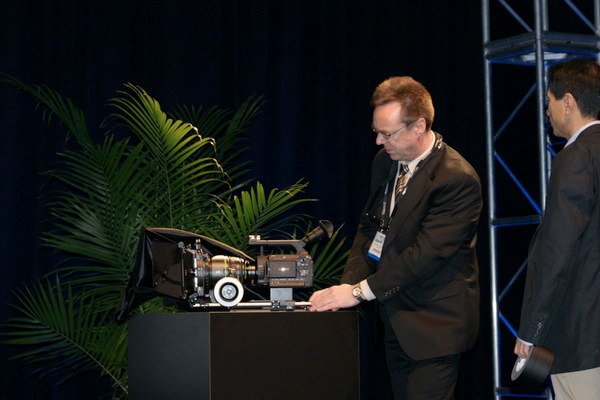