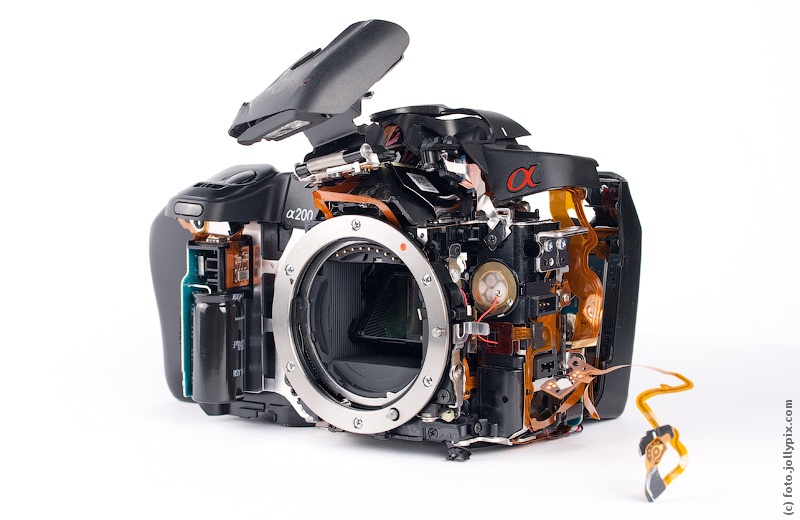 When Maxim received his Sony Alpha 200, it was in pretty bad shape. Most people would have merely returned it. Maxim Mayorov, as a true photographer would do, took the opportunity for a studio shot with an unusual model.

All the shots are copied on EnglishRussia. But Maxim’s web site is foto.jollypix.com.