Posted in Fuji, ·Others

A few tidbits I could collect: 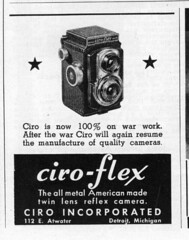 Many electronic products (including photo equipment) will probably see their prices climb steadily in the coming months. Some cameras and lenses could soon become nearly impossible to purchase. If you intended to buy electronic and photo stuff, now is the time, before the probable shortages.