Canon EOS 5D MkIII – Where are we going?

Now is the time to stop and summarize what we know about the Canon EOS 5D MkIII (supposedly, the name of the future replacement of the Canon EOS 5D MkII). It is expected to bring important improvements to a 5D MkII already appreciated for its excellent video qualities (explaining why even some movie directors use it instead of pro video cameras). Many rumors have been heard, so it may be time to stop and think a little.

First, it seems clear now that despite some unfounded expectations, the Canon EOS 5D MkIII (more and more described as Canon 5D3) is not ready to launch (we are told “6 months after the Canon EOS 1Ds MkIV” – often described as Canon 1Ds4 but absolutely not announced by Canon yet). This would push the announcement of the 5D MkIII nothing less than a full 3 years after the official launch of the 5D MkII, around the end of 2011. This is long, much longer than the usual practices of Canon, but the market does not really seems in a hurry while the current success of the 5D MkII does not stop. 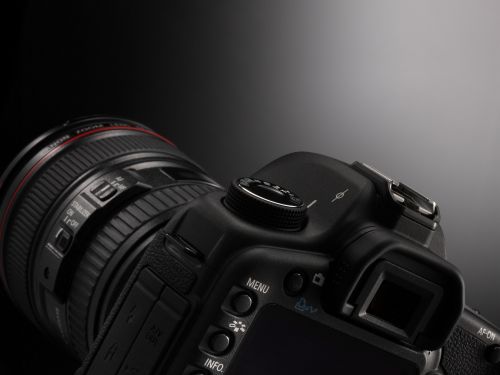 More interestingly, nobody seems expecting any notable evolution in the digital sensor resolution (most probably, it will stay around the current 21 MP). And, admittedly, after 18-20 MP, most lenses are “out of wind”. The technical expectations of such small-pixel sensors are very high. Canon recognizes this and started a very broad transformation of its lens offering (from the mid-range up to the pro L series).

However, it seems that Canon is working hard to free itself of the constraints (and fees) forced upon them by the presence of Sony and Panasonic patents for the AVCHD/H.246 video encoding technology. In order to avoid paying at the patent gate, Canon would be developing its own Codec technology (based upon the MPEG-2 architecture). We must wait until we know if this could somewhat cripple the image quality, but this is certainly at the core of all activities of the Canon development team.

Some have drawn the partial conclusion that the Canon EOS 5D MkIII would be first to receive this Codec, but this rumor is probably not based on solid ground. On the contrary, the launch of this Codec would happen as soon as possible (possibly on the 1Ds MkIV) and the 5D MkIII would receive it only later.

All in all, the Canon EOS 5D MkIII would be, as usual with Canon new products, an evolution and not a revolution from the point of view of hardware specs (nearly identical sensor, dual Flash card, external flash control). However, with the inclusion of many new functional features, and the availability of a much-improved light sensitivity and special user modes for HDR, high sensitivity, panoramic shooting, image capture without stopping the video capture, etc. Canon would be holding out a Digital SLR camera specially attractive to the photographers with the highest expectations.

One large dark area that seems not to receive any new light in the recent days is the impact of the earthquake and tsunami of March 11, in Japan. For such a faraway launch, it is near certain that the industrial issues will be relatively easy to solve but the Research and Development activities are quite probably shaken by the current situation even if Canon employees seem to have been relatively protected from most of the problems up to now.