Japan earthquake, back to the consequences

Nearly two weeks after the terrible earthquake in Japan (let’s remind that on the 11 March 2011, a giant earthquake reached 9.0 rating on the Richter scale, being immediately categorized as the most powerful in the history of Japan and among the 5 most powerful in the world since 1900. Furthermore, the following tsunami was probably about twice as high as the worst tsunami forecast in a country that can rightfully be considered as very well prepared to that kind of situation), it is time to stop and consider the industrial situation in Japan and the foreseeable consequences on the photo industry.

Full disclosure: Yves Roumazeilles, writer of this post and founder of YLovePhoto works in the electronics industry for the automotive market. Without disclosing confidential information, this activity allows him to draw some parallels that are grounding some comments and putting some additional light to interpret the sparse information available and documented here.

We quickly learned that some plants had been subjected to some destructions and deteriorations directly linked to the earthquake and we start receiving some news on the future consequences, but it is already possible to describe more precisely the kind of impact on the photo industry in the North of Japan and the consequences on the worldwide photo market in the coming months.

First, we can detail the type of immediate deteriorations applied to the industrial equipment. And it is true that an earthquake is never completely transparent, even for a plant specifically well prepared as most Japanese plants. Far from the usual broken glass and fallen objects, there are some internal damages (crumbling walls, falling roofs, machines either broken or merely disturbed, etc.) and some external damages (loss of electrical power, of water and air pressure, of gas supply, etc.) These damages often require very heavy repairs by specialists who are not always immediately available for many reasons including the large number of such operations or the damaged roads and tracks limiting their movements. This is a very first stage that companies must go through in order to evaluate first degree damages and to start urgent repairs. It seems that all companies -even very near to the epicenter like in Sendai- have through this already. Nikon, for example, has indicated very few serious damages to its Sendai plant. Canon and some other companies did the same kind of assessment. It appears that for Fujifilm or Pentax, the impacts were also quite limited (which may still mean fallen walls or events that are totally out of the ordinary in other circumstances – references are definitely different in this context).

But there is still a very specific difficulty to a seismic event like the one of March 2011: The country lost a large part of its capacity to produce electrical power and is today subjected to major power cuts which are rotated though the country. This is limiting the reaction possibilities in many locations.

But this is introducing some very clear preoccupations in the some industry sectors and for some industrial tools. In some plants, the operation must be nearly continuous. Let’s think about theses processes that cannot stop because they need very long times to start or restart: Either because of very long heating times -for example a steel blast furnace, or a silicon mono-crystal ingot production line- which can be measured in hours or days and cannot be stopped every day, even for a short period of one or two hours, or because of setup operations that are either long or difficult -for example, maintaining the extreme tidiness of a clean room requires to have a permanent water and power supply; Any 1-hour interruption may mean days to reach the required cleanliness level.

This is a considerably more impacting for some products that are specifically sensitive for the photo industry like:

It is now apparent that these elements are intricately nested together. For example, some industrial LCD display suppliers have informed customers of their inability to manufacture displays for lack of one or two electronic components (drivers assembled directly on the LCD glass). Some others have indicated that the lack of a mundane chemical component of filters stuck at the surface of LCD modules would render them unable to manufacture many displays even though the assembly plant itself was unscathed (this particular case seems to be hitting a very large number of LCD manufacturers following the stop of one very specific Japanese plant which is in a world quasi-monopoly). More widely, we heard plant stop announcements at Toshiba (two plants), Texas Instruments (analog and power electronic components), Fujitsu (no less than 5 plants), Nikon (even for electron photo-lithography equipments which could stop and slow down the deployment of the next generation of products at Intel [5]).

On the other hand, the manufacturing of electronic integrated chips should not be hampered by any difficulty in producing mono-crystal ingot of silicon, the foundation of all this industry but whose production has not been directly hit.

Canon was not very clear, but it seems that their glass manufacturing has been hit somewhat. Today’s press release announcing delays to the availability of 300mm f/2.8 L EF, 400mm f/2.8 L EF tele-lenses and 8-15mm f/4 L zoom lens[1] is probably not a random fluke in this context even if the disclosed delay seems small (or, at least, much smaller than the already long wait for these major products). 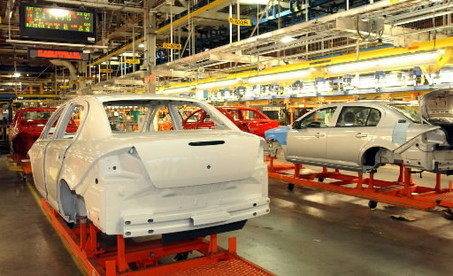 The situation is much more dramatic for electronic components. Many Japanese industrial companies have told us about significant line stops. Some of them already predict full shipment delays that could be counted in months. Microprocessors, various drivers, voltage regulators, ASICs are already hit. And the most impressive news have not reached the general public and are kept behind closed doors of industrial partnerships. The task forces created between customers and suppliers are facing absolutely daunting obstacles. For example, Peugeot announced yesterday[2] the full stop of the production lines of the 308 (Sochaux, Poissy) for lack of critical electronic chips that are already no longer available. In this case, we’re looking at a microprocessor from Hitachi (the company has five plants more or less severely hit in Japan). Nearly at the same time, General Motors published similar press releases for its American plants[3] in Shreveport, Louisiana or in Buffalo, New York. These giant companies did not publicly disclose (yet) the exact time forecast for these line stops, though.Canon, Nikon, Sony, Panasonic, Fuji, Pentax and the others still have to speak and they will certainly suffer such dire situations at least for some of their products.

And I must point at the fact that these are only indirect consequences less than two weeks after the earthquake. But we know that Panasonic, Fuji or Nikon have plants which suffered seriously from the earthquake (by chance, the Nikon Sendai plant is seated on the heights behind the town and did not see the tsunami itself)). Nikon has already reported being in negotiations with its Notion VTEC partner to move production tools from Sendai to Malaysia. 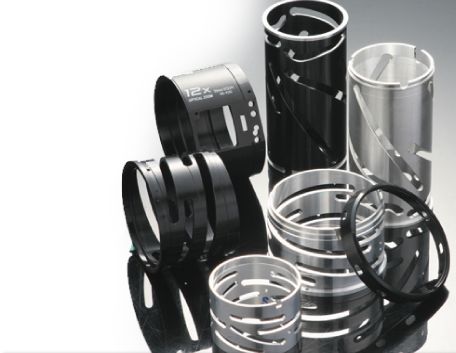 On this occasion, we learned that some subcontractors were also affected. And we can mention Notion VTEC again, which is a critical supplier of metal focusing barrels (for lenses) and of many other parts of photo cameras and lenses for Canon and Nikon. I can also confirm that some injected parts like the magnesium allow bodies of some photo cameras are in the spotlight (even if not publicly announced).

All this is explaining the Canon press release about the delay that will hit the availability of the Canon EOS 1100D (or Kiss X50) [4]. However, these are only very small delays. But it is still quite probable that the reality will be a little less than this optimistic presentation. Fujifilm also announced potentially significant damages to its Taiwa-Cho plant (less than 20 km from Sendai) with major repercussions on the availability of the Fuji Finepix X100.

So, is the situation desperate? This is not sure yet. For sure, there will be some shortages on some products but it is still very difficult to predict which ones before we can get much more precise information (let’s mention the effort done by Canon to disclose data more precise than the usual).

So, the price increase that can already be observed in some Europe or USA shops are currently not justified by anything else than the speculation and greediness of some who decided to profit from trouble and worries. But it won’t be long before some real trouble comes. It is already quite understandable (if surprising) that the eBay auctions for the Fuji Finepix X100

are flying at stratospheric heights. Some products will certainly be in actual shortage sooner or later. We just don’t know which ones. Yet.

My recommendation? Without waiting to be sure, don’t postpone purchases that were serious about. The next 6 months will be energetically shaking and you don’t want to buy more stuff than necessary in these times to come. And this is without even planning for the quality issues that could raise in this upcoming period of time: Restarting industrial manufacturing tools having been shaken or booting up new production equipment both present serious and specific challenges that are always a little difficult to manage.