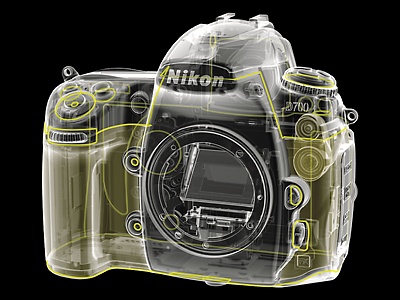 According to the Spanish webzine QUESABESDE.COM, Nikon has clarified (at least internally) what to do with the upcoming replacement of the Nikon D700 (FX large sensor with a high sensitivity).

Because of the impact of the Japanese earthquake on the Sendai plant normally used to work on the pro SLR cameras of Nikon, the future Nikon D800 was in a rather difficult position. According to QSD, the announcement has been moved from the beginning of Summer (July? about the same time as the 3rd birthday of the D700) to October with a D800 camera availability still pushed around the end of 2011 (Marketing launch is easy, making the camera is a bit more difficult).

Nikon D800 main feature: An FX sensor (Full Frame) with a high resolution (probably 18 or 20 MP) to be in a more direct competition with the Canon EOS 5D MkII.

Obviously, the exact dates are not set yet because of the fluctuating nature of the news about the earthquake recovery. But this seems in line with what I hear about the industrial capacity of Nikon right now and in the coming months.

QSD also indicates that the Nikon D4 (successor to the Nikon D3s) will only be launched in 2012. But this is still very imprecise and needs to be confirmed.