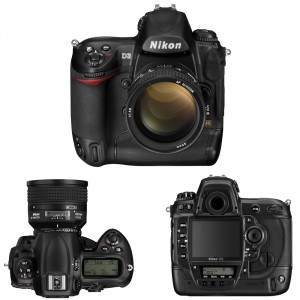 Let’s make a summary of the current status of the information that is available (for real or as rumours) about the next SLR camera from Nikon.

Plenty of people actually expect it to be the replacement of the Nikon D3 camera. I have to admit that there is a lot of rumours and convergent thinking that leads to the launch of such a pro SLR camera in the beginning of 2009 (probably just before the PMA fair).

Actually, nobody (out of Nikon; and even there…) really knows the future name of this camera. Most experts (including Thom Hogan) think that it should be Nikon D3x, some people say that it will definitely be named differently, and I even see a convergence of Nikon D900. But this last one seems totally weird since it would lead Nikon to breaking the marketing message dropping the pro-SLR camera family into the prosumer D200/D300/D700 family.

Nikon rumours repeatedly pushed rumours telling us that this would be happening in the beginning of next year, in the end of 2008, in 2009, or on.. November 20th, then December 6-7th, or December 1st. Let’s say that they don’t know anything at all.

But there is definitely something coming before the end of 2008. I would suggest that some people should start looking at the low end of the market.

Nikon is preparing a replacement for the Nikon D60 (currently covered by some cash-back offers). And there are only two possibilities: