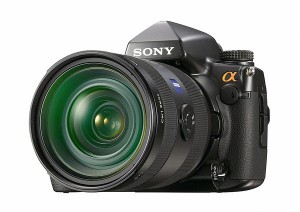 Comparing two SLR cameras with very very different prices is realy a tough task. So tough that it is often useless. In the Online Photographer, Michael Johnston still tries this daunting task of comparing the Sony Alpha 900 and the Nikon D3.

These are two cameras that are mostly linked by the fact that they have a 35mm Full Frame sensor. Their prices are not even in the same ballpark and the Sony is brand new, while the Nikon is on the market for more than a year now. However, I think that the comparison is quite interesting. To the point, that I invite you to read it from top to bottom.

There is no mere conclusion, but interesting comments that could be summarized by a few items: 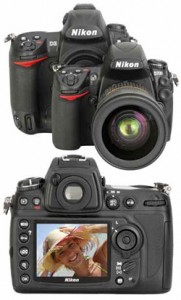 This kind of comparison is also quite interesting because it emphasizes the important differences that we can find between high-pixel count Full Frame cameras and high-ISO (low-pixel count) Full Frame cameras. If you stay at relatively small images sizes (or printouts up to A4/Letter size) the Nikon D3 and its sibbling Nikon D700 are very powerful beasts that will run to the darkest place a camera can shoot. And this can be amazingly dark.

But if you start shooting large images (or print more than A4/Letter-size, or intend to significantly crop your images; like for large panoramic photos), a larger pixel-count may become quite critical. Then, you start looking at the Sony Alpha 900 or the Canon EOS 5D MkII. It really depends on the kind of use you have.

The comments from Michael Johnston about the “shoot-to-carry ratio” (ratio between shooting time and effort, and carrying time and stress) are also quite interesting and a very urgent reminder for all people who may be tempted to follow the Full Frame madness. If you go from a relatively light-weight camera to one of the heavier models, you should really think about the impact on your photographic behaviour. If you keep the camera to the eye and/or shoot a lot, a heavy camera is not a critical issue (that’s for pros), but if you carry the camera around and shoot only sparsely the mere weight may become a burden (that’s for many amateurs, even enthusiasts).