The sonystyle.ca web site (Canada) has just been revealing something: When you try to register a newly bought camera you are offered the choice of registering:

But, obviously, those cameras do not exist (yet) in the Sony catalog. So, everybody is expecting to see them appearing very soon in a Sony press release. Will it be the opportunity for Sony to launch video-enabled SLR cameras?

The interweb is now filled with this photo which may or may not be a real Sony Alpha 500 picture. 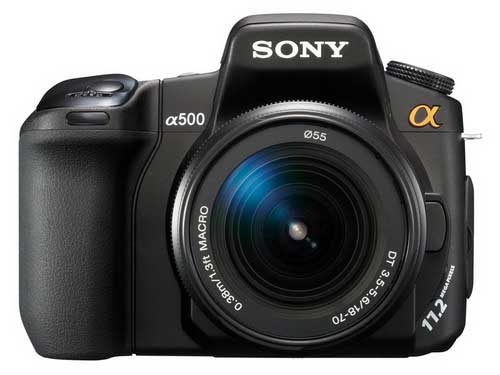 Do you read the sensor resolution written on the body?

And so what? Five Sony SLR cameras launched in a matter of a month! Is that marketing? I would rather say ‘carpet bombing‘?