Possible leak of the Sony Alpha 850

Thanks to Dyxum forums, we know that there is a very strong possibility of seeing a new Sony photo camera under the name of Sony Alpha 850. The camera registration system on Sony Style has been shortly showing the following option for registering Sony cameras: 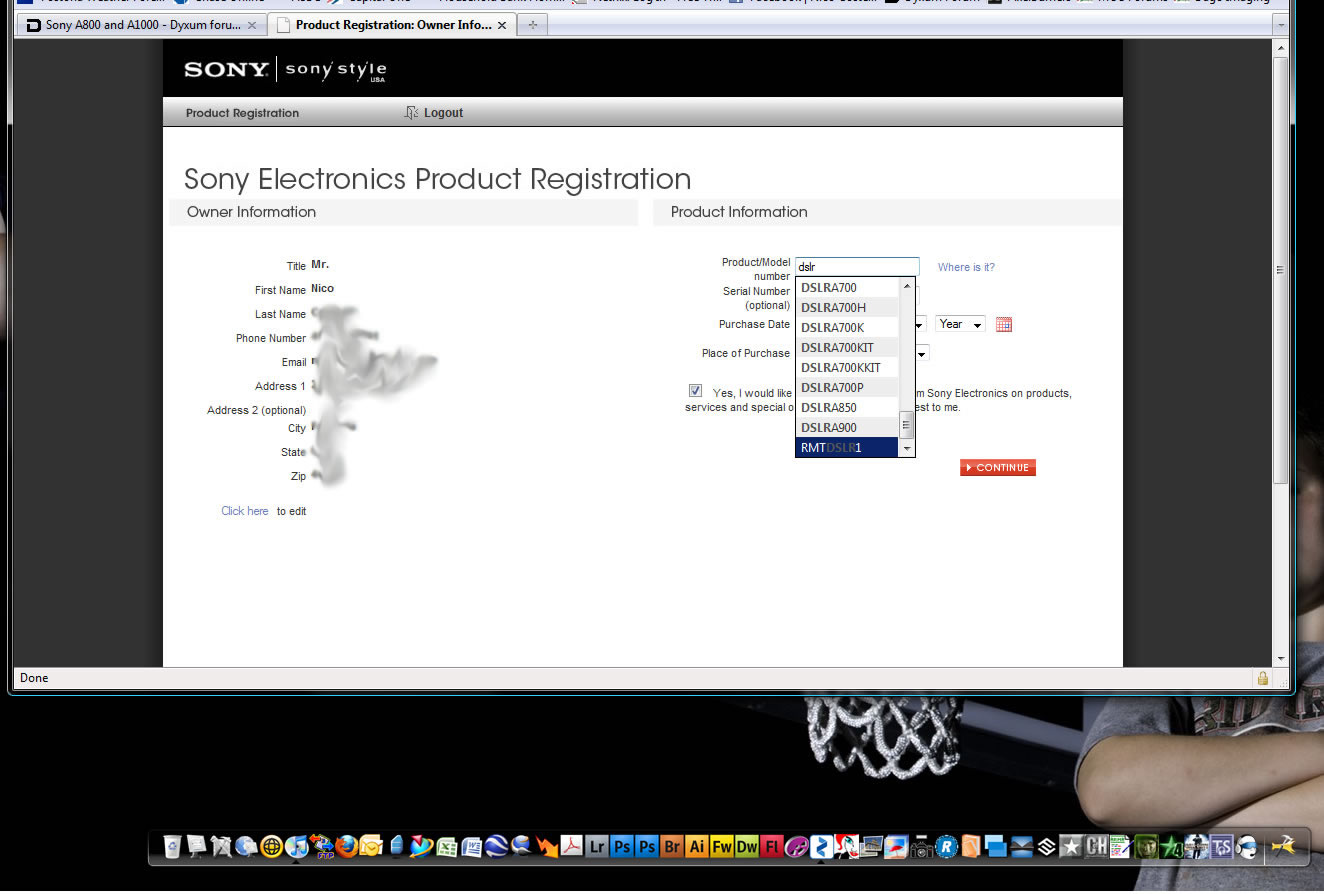 Is this the Sony Alpha 850 on Sony Style?

Actually, there is currently no DSLRA850 in Sony line of SLR photo cameras, so it’s just expected to be a small error leaking information about the name of one future camera nearing launch.

Of course, this could well be a hoax… But this is going in the same line as the previously rumored Sony Alpha 500 and Sony Alpha 550.