News for the Sony A77

The interview that Mark Weir, Senior Manager of Technology and Marketing at Sony Electronics, gave to Imaging Resource is choke full of relatively precise informations about what will be the Alpha 77 (forecasted successor to the Sony Alpha 700, as high-end for the APS-C sensor SLR photo cameras for Sony). You may read it all, of course, but I will try to clarify a few points important for the SLR camera lovers (leaving mostly aside the less rich issues brought about the compacts cameras). 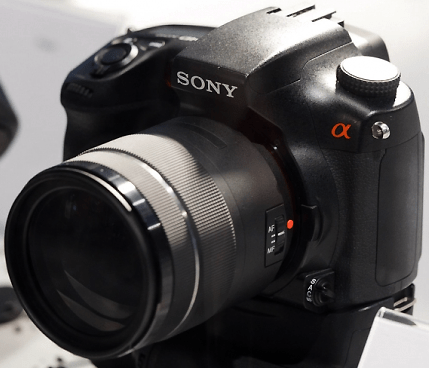 As we can see, this is one of those rare interviews where a brand representative openly speaks and provides a lot of precise data without hiding it behind a heavy curtain of unreadable bad English. Congratulations to Imaging Resource which had already shown their ability to write excellent gear tests and demonstrate that they can also write other article kinds.